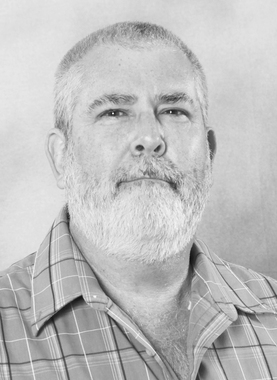 Back to Timothy's story

Timothy Alan Strandberg born April 9, 1964 to Robert "Bob" and Shirley Strandberg, passed away Tuesday, January 7, 2020 in Jacksonville. He was 55 years old.
A funeral service is scheduled at 2 p.m. Sunday, January 12, 2020 at Autry Funeral Home Chapel in Jacksonville. Rev. Steve Edwards will officiate. He will be laid to rest at Still Waters Memorial Gardens.
Visitation will begin on Saturday, January 11, 2020 and friends are cordially invited to visit with Tim's family from 2 p.m. to 4 p.m. at Autry Funeral Home, Jacksonville.
Tim was a co-owner of Heath and Heath Hardware, owned East Texas Sports Card Shop and was a locksmith. He was formerly active with Boy Scout Troop #403 in Jacksonville. Tim was a member of Central Baptist Church.
Tim loved spending time with his grandsons; teaching them to fish and shoot. Tending to his farm was one of his greatest joys.
He was preceded in death by his parents.
Left to cherish his memory are his wife, Shari Strandberg of Jacksonville; son, David Strandberg of Jacksonville; daughter, Amanda Brake and husband Michael of Jacksonville; grandsons, Jarrett and Orion Brake; His siblings are Dan Strandberg of Arizona, Nancy Crawford and husband Ken of Chrisman, IL, Pam Brewer and husband Larry of Oklahoma City, OK and Lisa Henderson and husband Reuben of Jacksonville. He is also survived by his father-in-law and mother-in-law, James and Pat Tennison; sister-in-law, Patrice Minton and husband Garry; and brother-in-law, Randy Tennison and wife Alicia, and several nieces and nephews.
Pallbearers are Michael Brake, Brett Daniel, Josh Prewitt, Richard Strom, Bret Swinney, and Tony Vining. Honorary pallbearers are Doug Crouch, Garry Minton, Andy Strom and Randy Tennison.
Memorials may made to: MD Anderson Cancer Hospital, PO Box 4319 Houston, TX 77210-4319
Published on January 11, 2020
To send flowers to the family of Timothy Alan Strandberg, please visit Tribute Store.

Send flowers
in memory of Timothy

A place to share condolences and memories.
The guestbook expires on April 09, 2020.

Joey Smith
Tim was a nice gentle man. It was always a pleasure to visit with him. He was so laid back and easy to talk to. I am going to miss you a lot Big Guy. Way too young. Till we meet again my friend, RIP...
View all